It has been two and a half years since the outbreak of the conflict between Ukraine and the residents of Donbass. The latter, backed by Russia, have proclaimed independence, establishing their own government ministries and passport. But their border is still the scene of daily battles, a frozen war. In winter it is already dark by 5pm, when the curfew begins. Anyone who is still on their way home rushes to get into the safety of the old Soviet bunkers, still useful shelters from heavy artillery. People barricade their windows with wood, cardboard and the bulletproof jackets of dead soldiers in order to hide the light of their candles. In the morning they emerge to walk back and forth with nowhere in particular to go as the bars and shops are closed. Driving along the frontline in Ukrainian territory (the ATO or Anti-Terrorist Operation Zone) is like leafing through the book of the last 60 years and more of Soviet history. “It’s a political war,” soldiers said. “If we wanted to it would only take a couple of months to break through and win back our land that has been occupied but it is a political issue, so we play cat and mouse”. A mix of volunteers, Ukrainian soldiers and foreign fighters patrol the trenches and fight on the frontline without any central control, living in destroyed basements without light and food. The second and third lines are controlled by the regular Ukrainian army. Nobody in the world talks about this forgotten war but guns are still firing every day, and people continue to die. 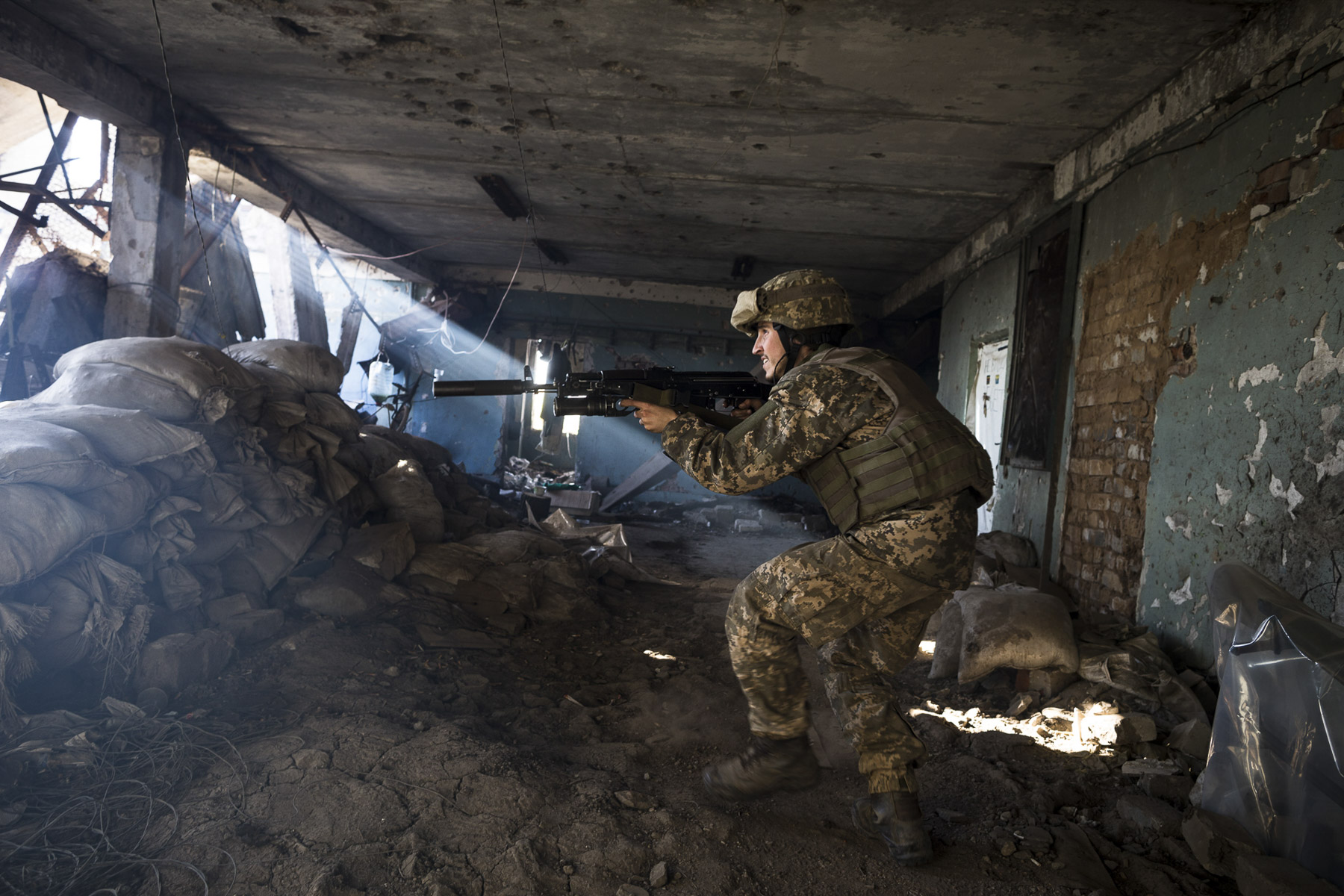 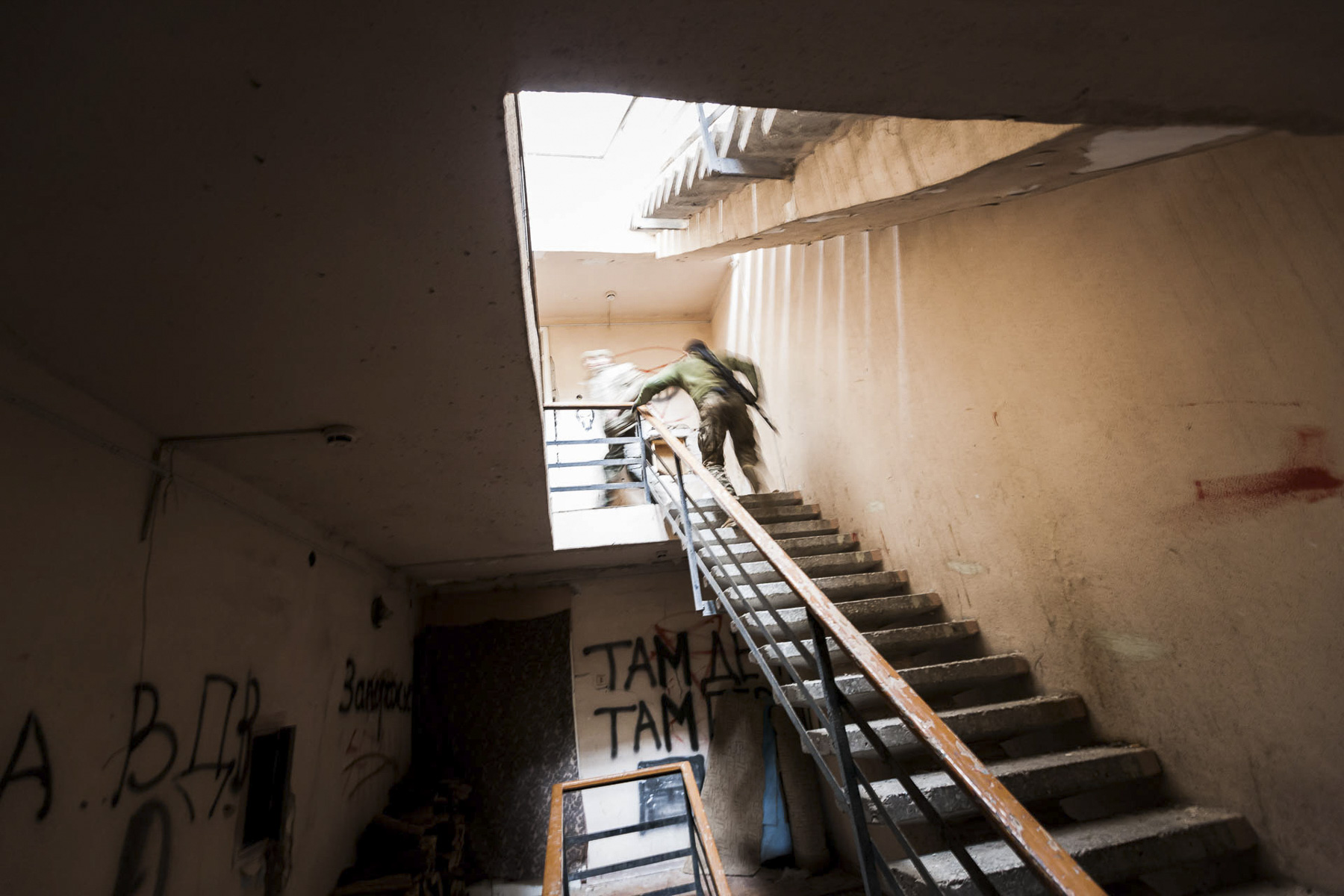 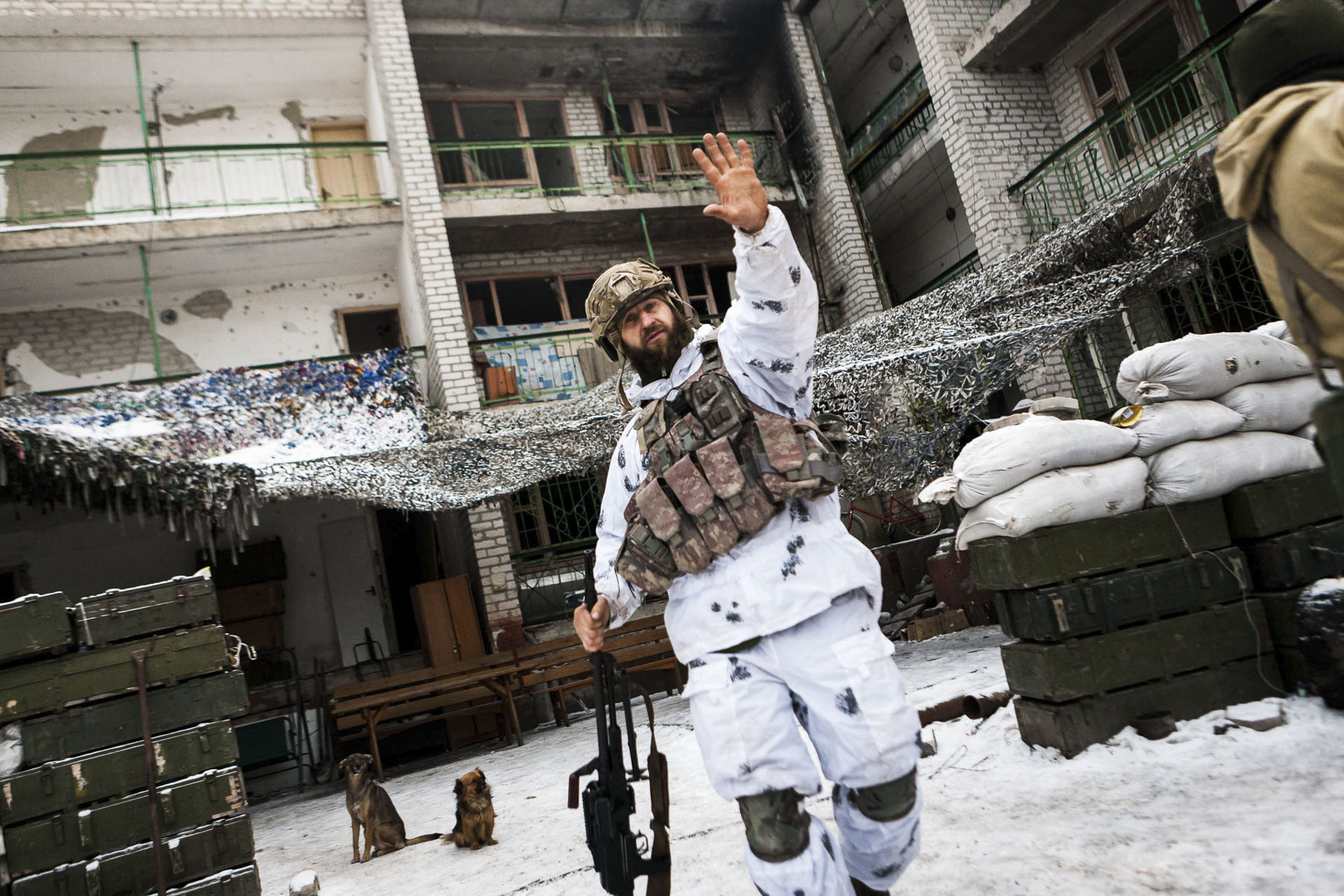 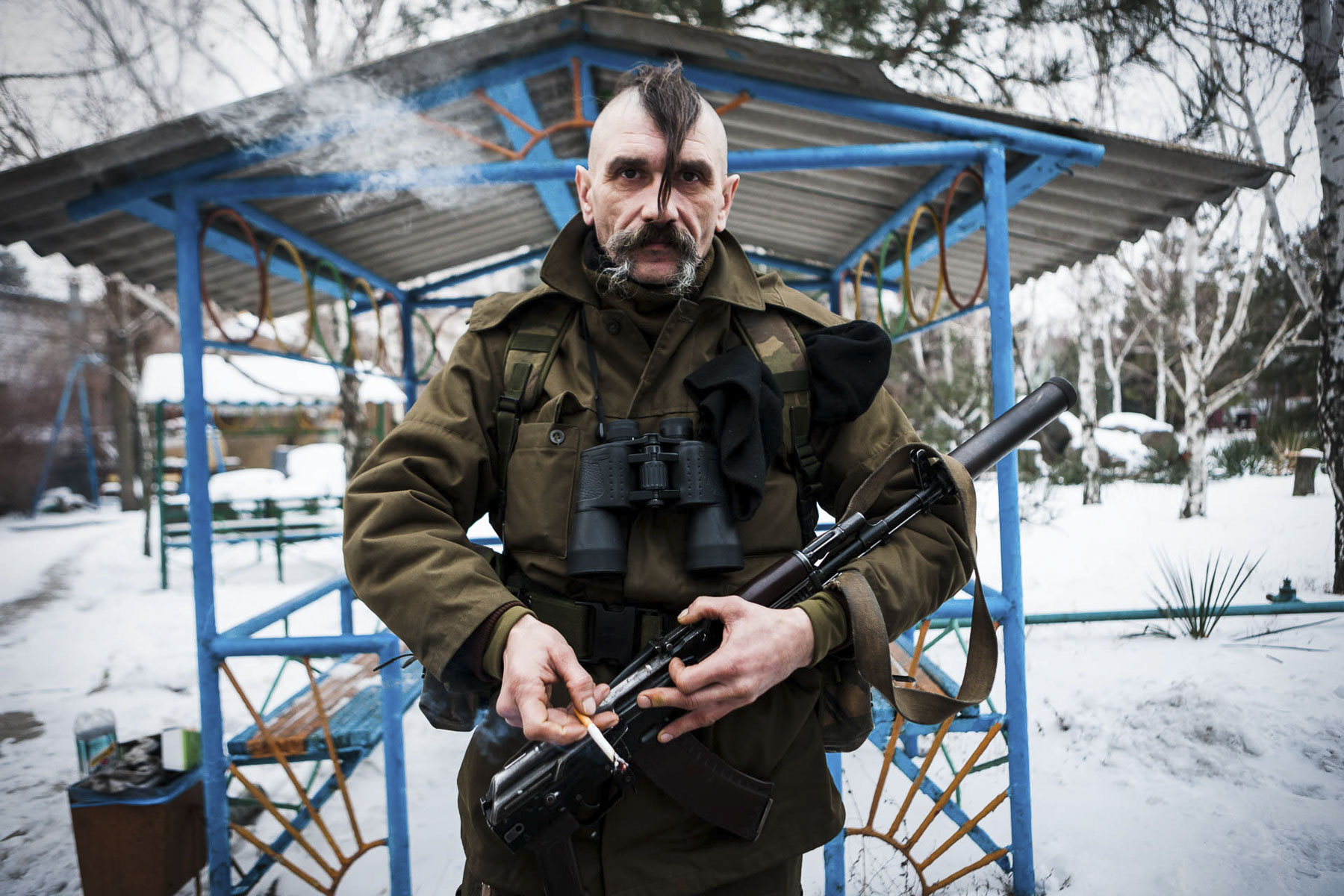 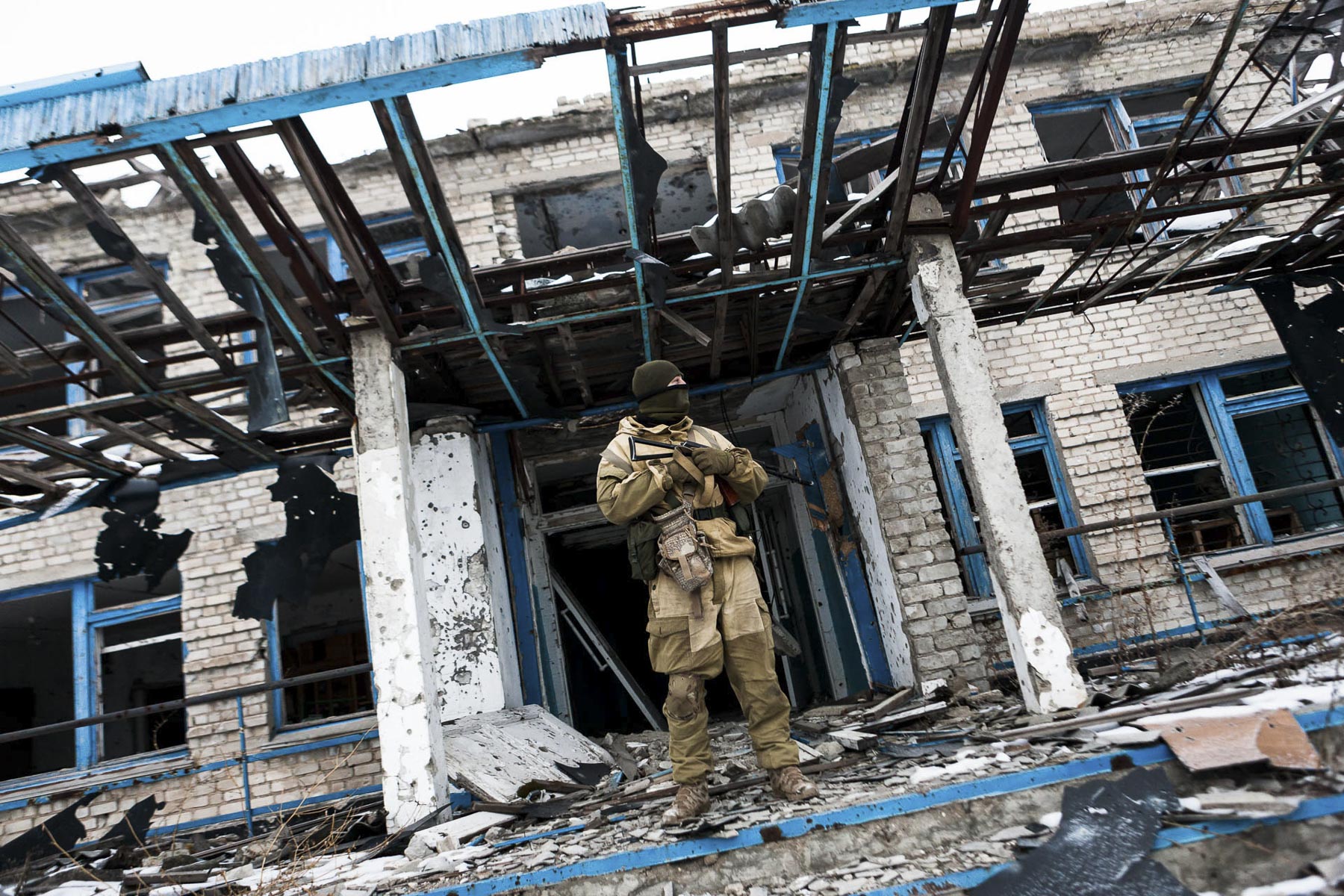 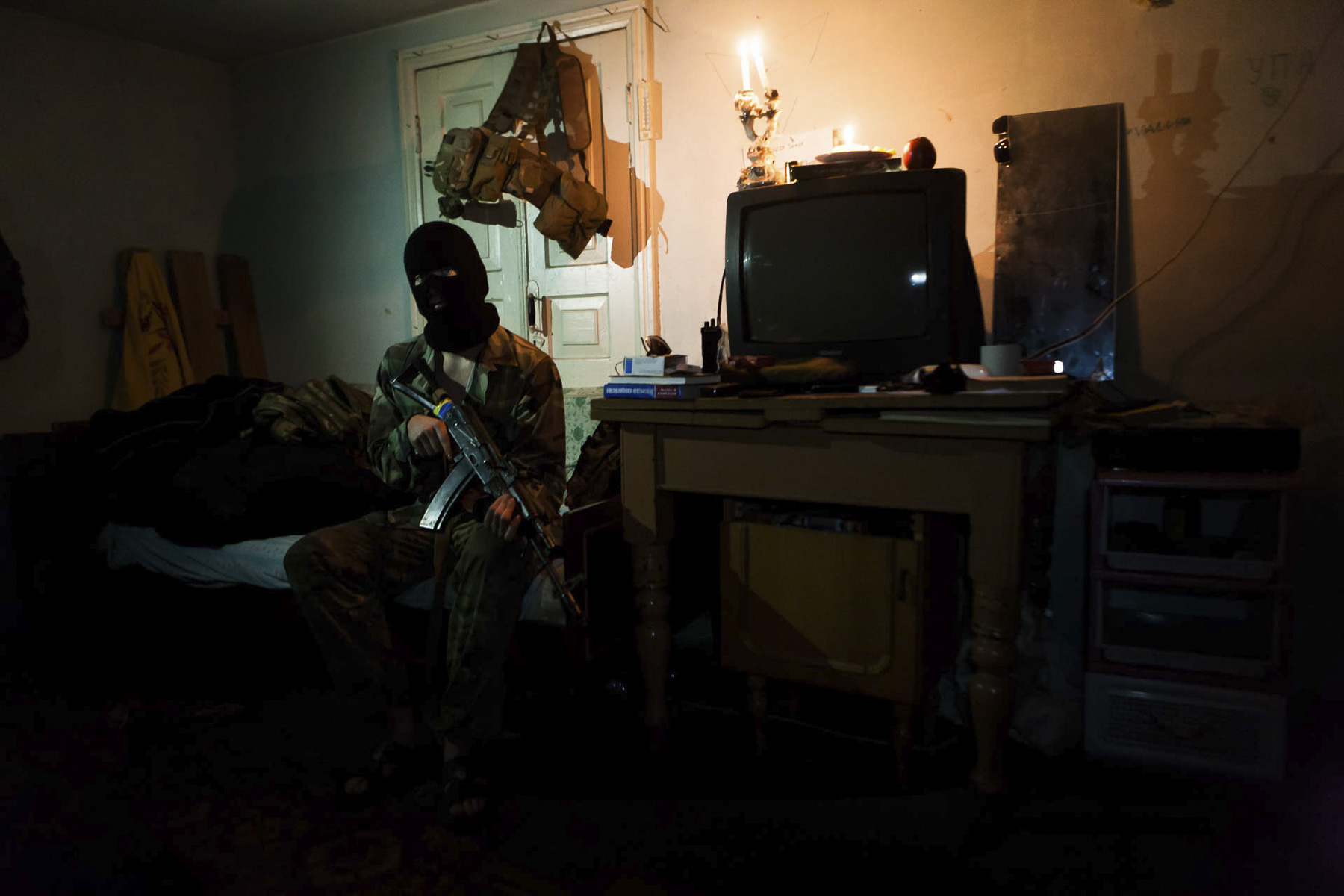 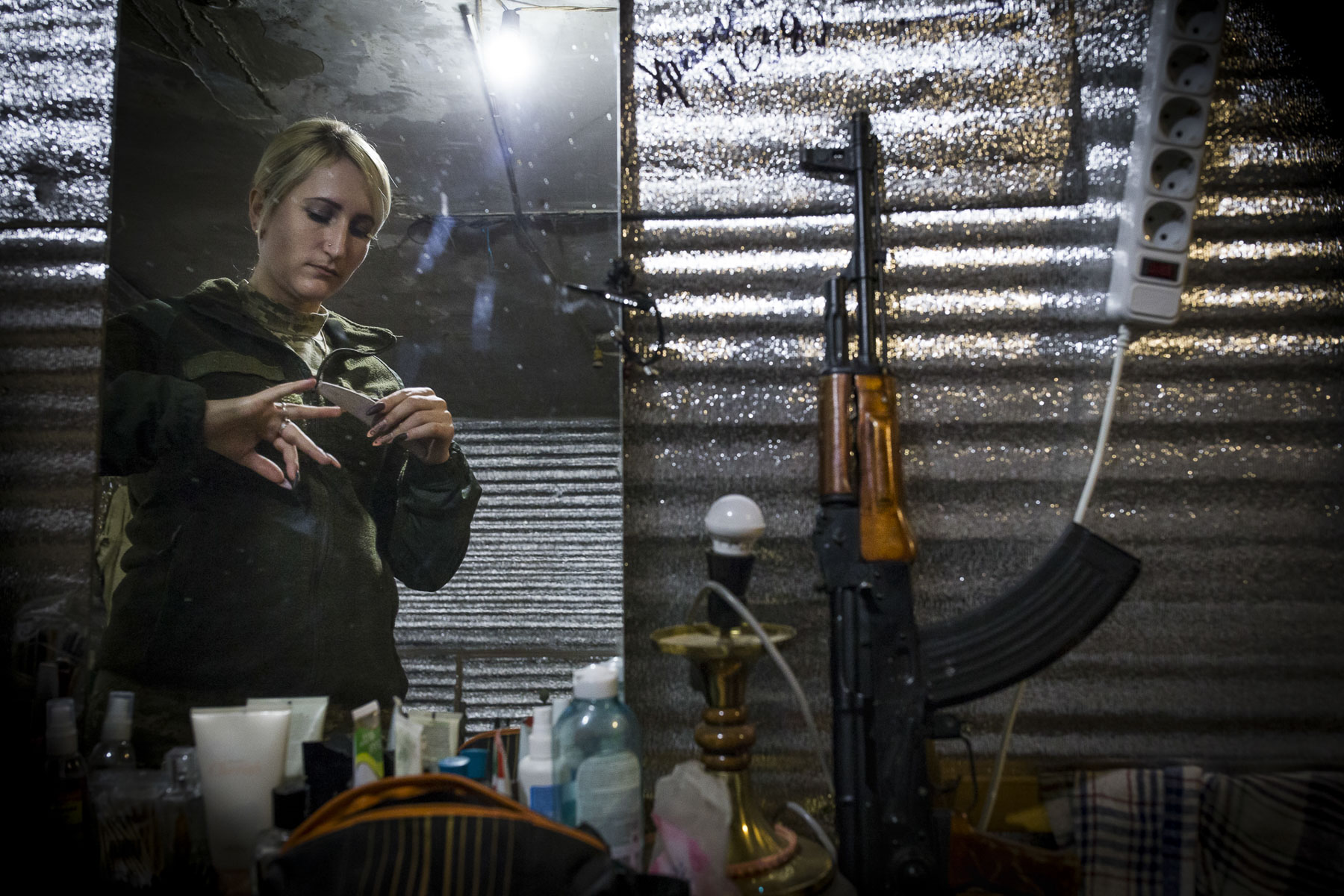 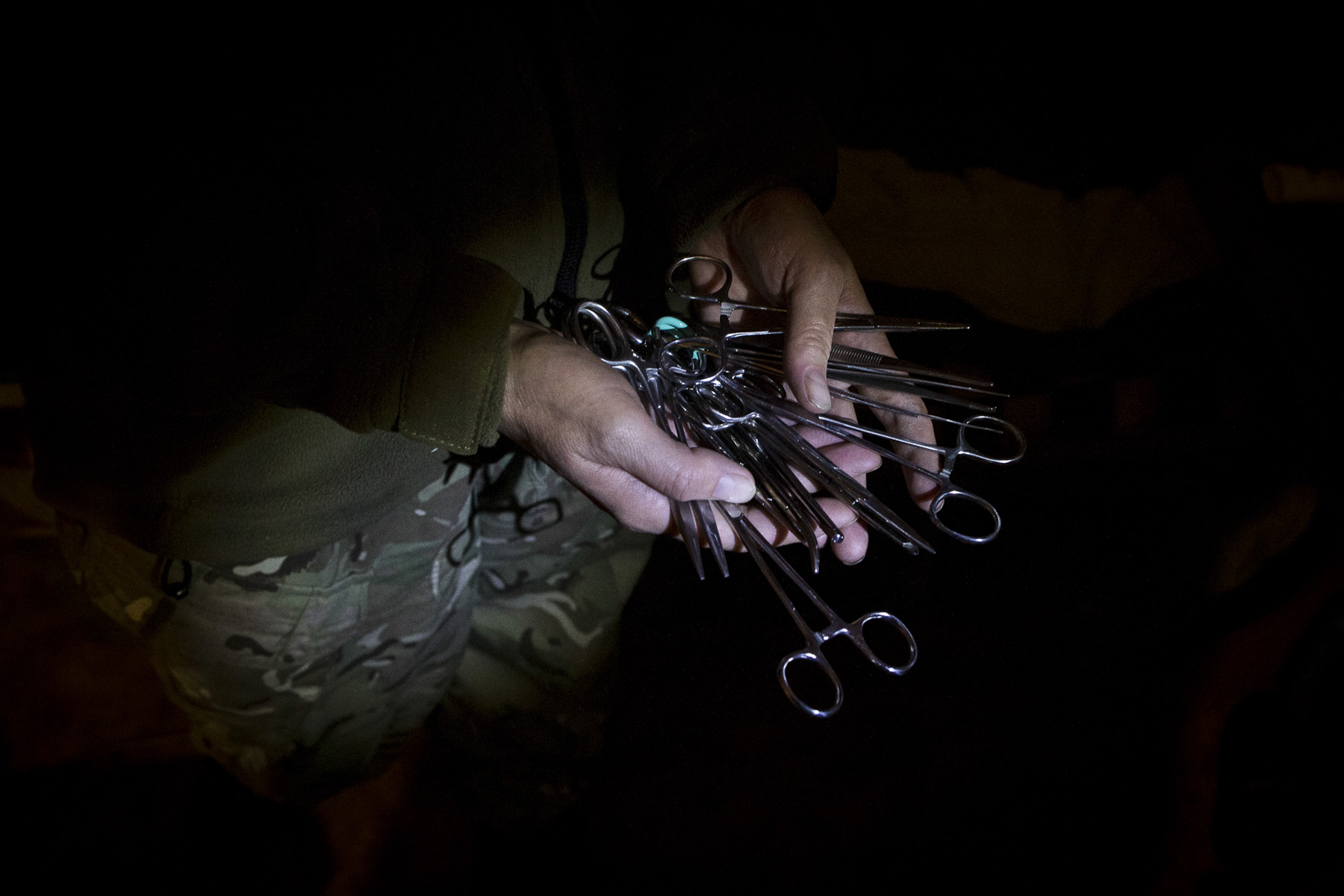 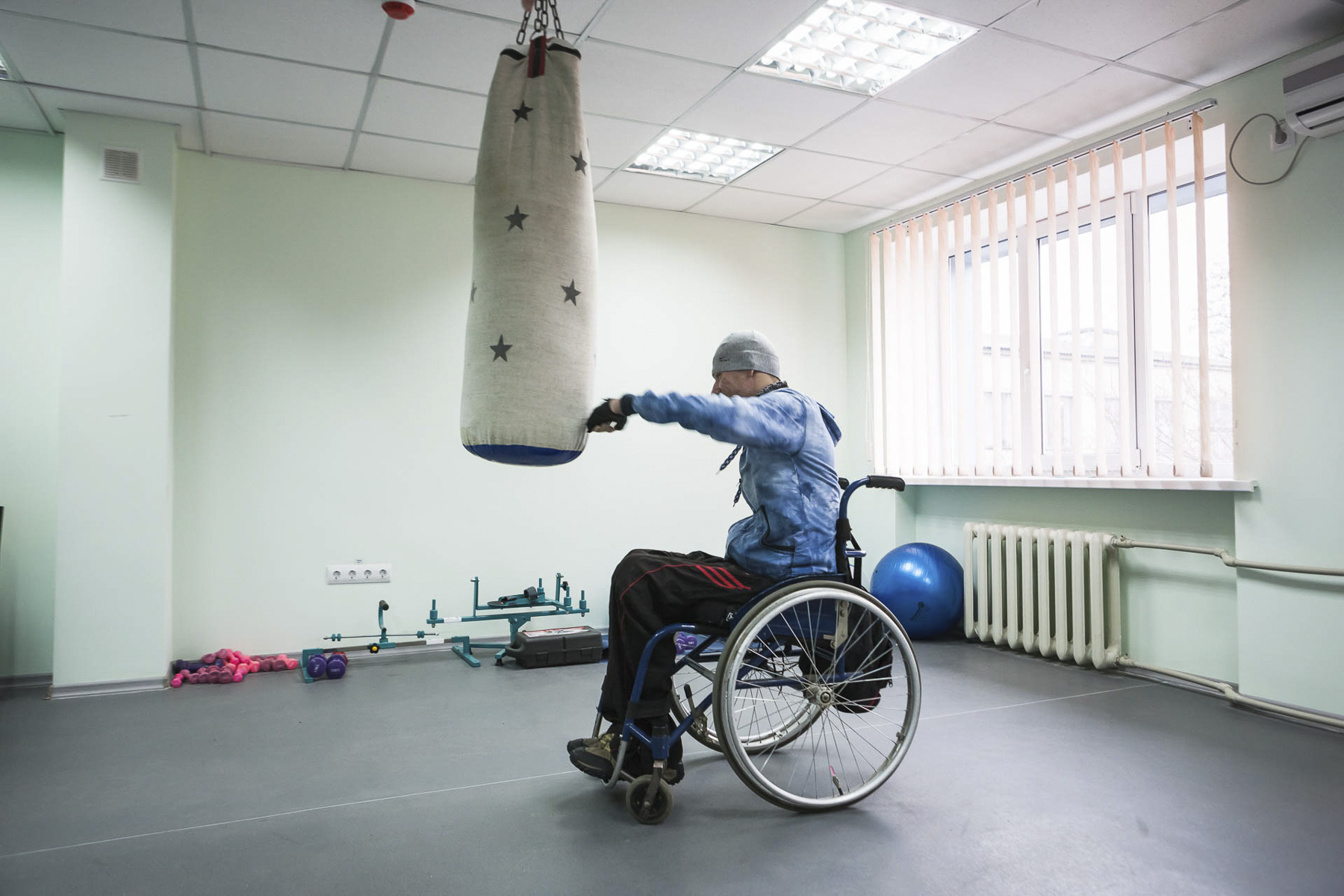 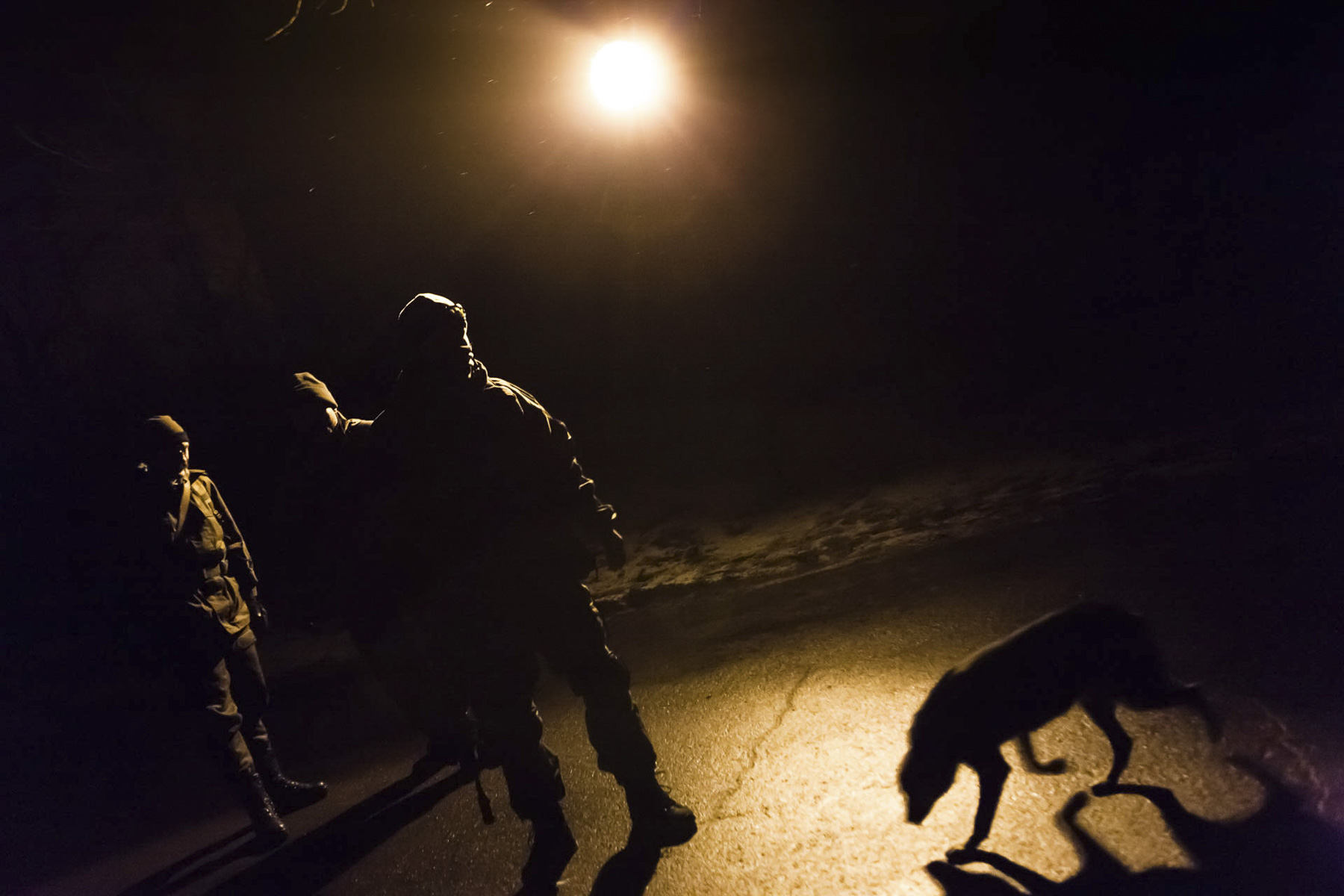 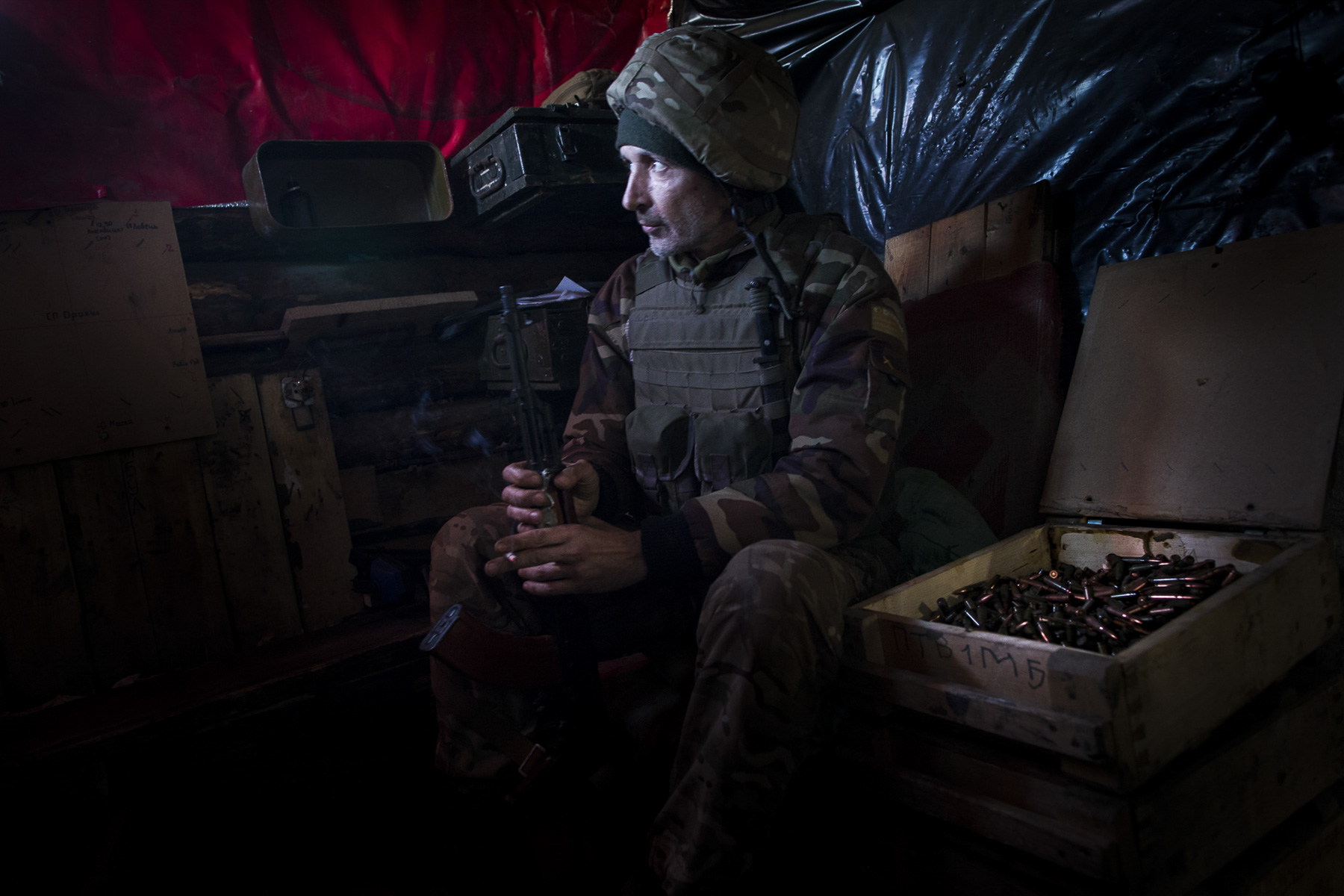 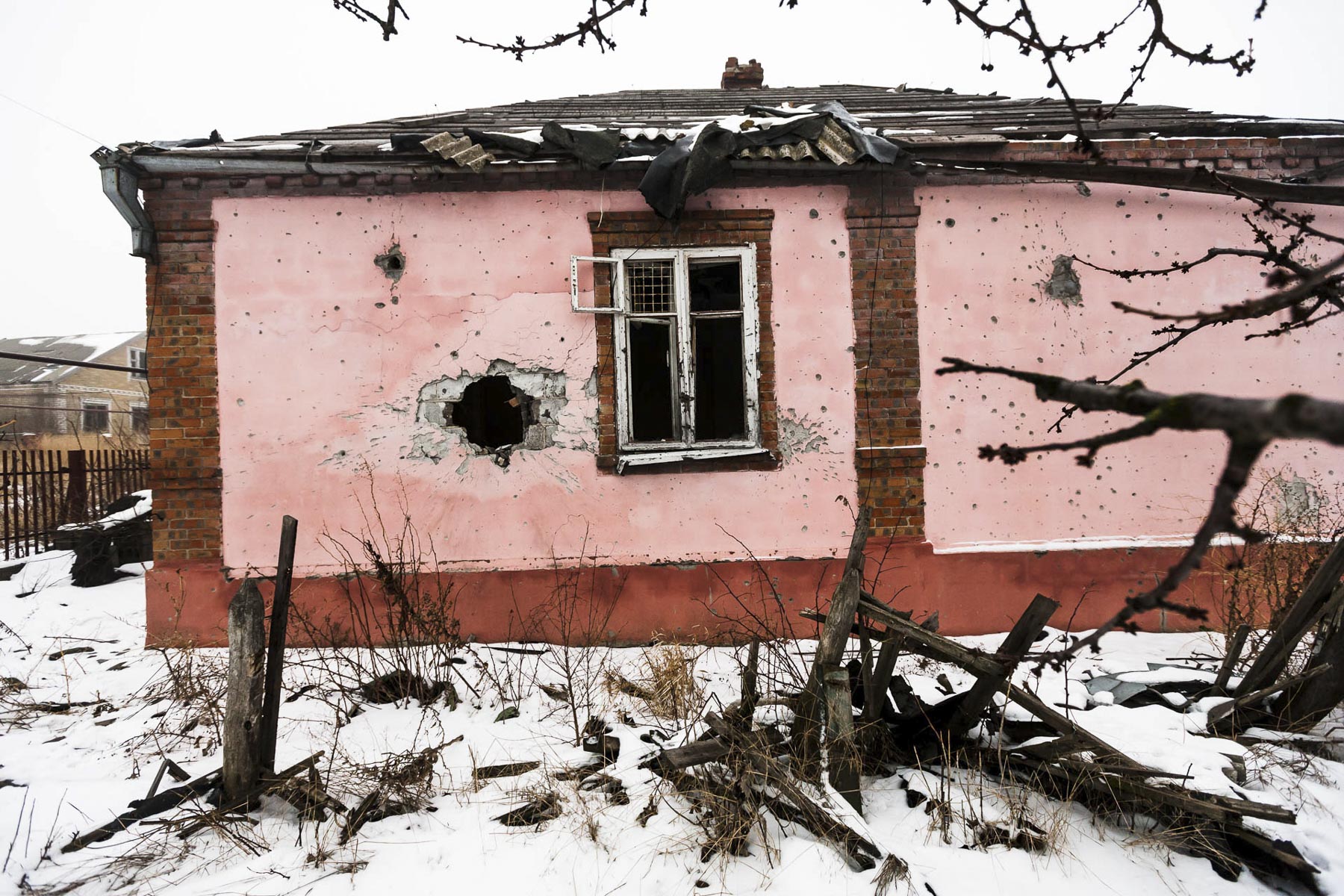 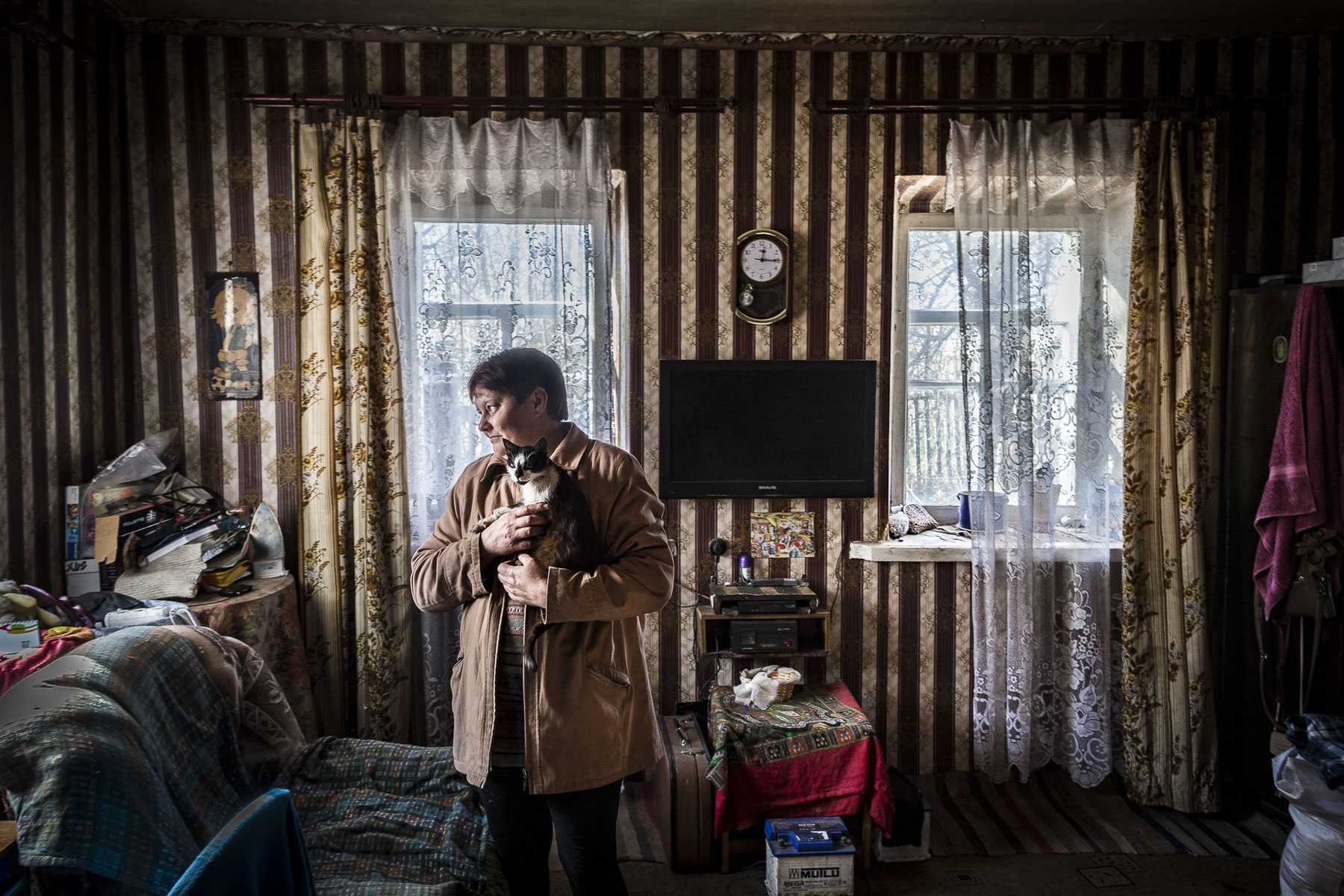 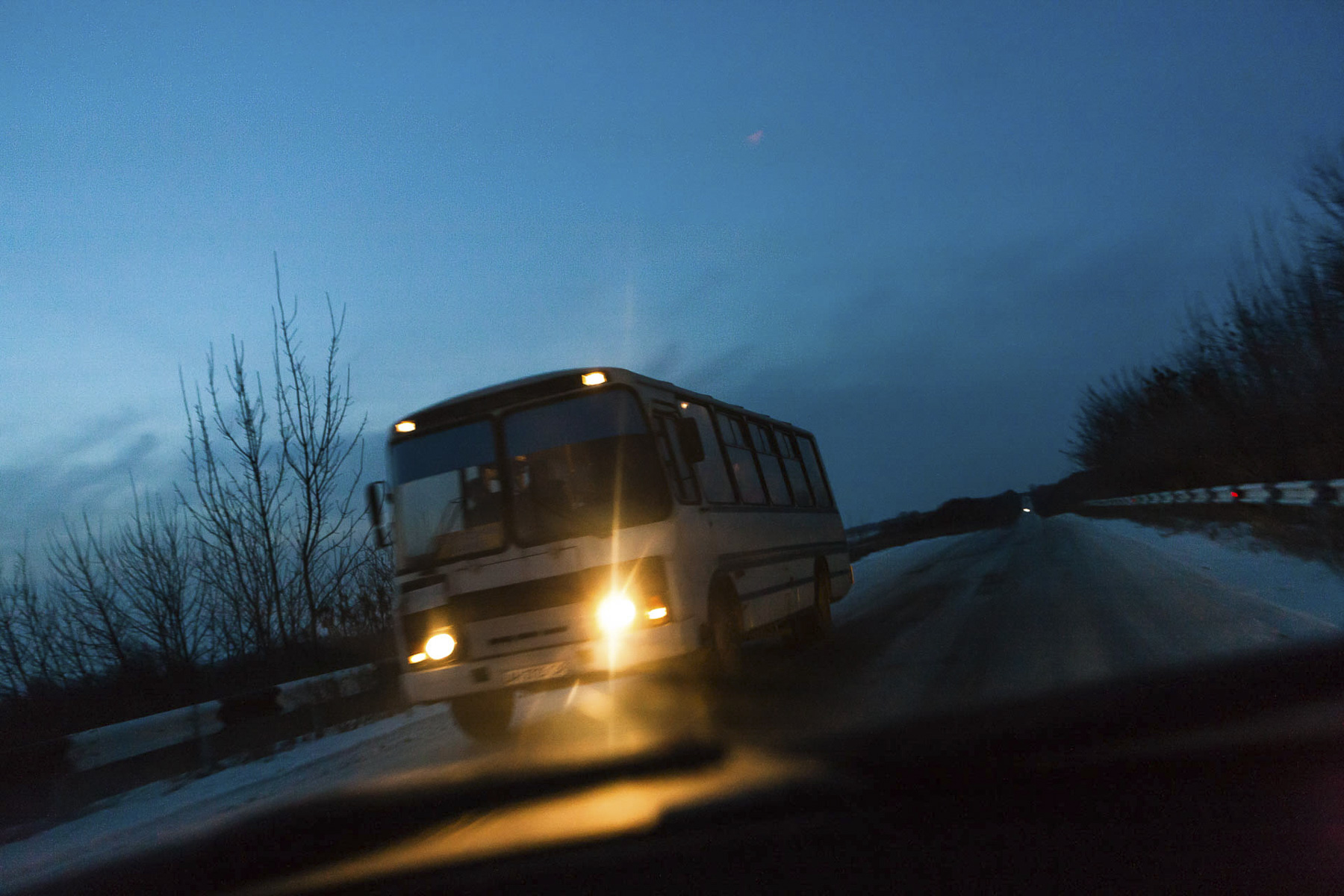